Denver based musician, Greg Bauer, needed a website to promote a single he recorded. This thing is all sorts of movement tracking, parallax, nerd-speak cool.

What’s even cooler though, is the cause. Greg recorded the song “Lullaby,” written by his late father, as a means of bringing awareness around the struggle of mental health. Available for download on the site and iTunes, 100% of profits are donated to partner organizations to aid those in need.

Give the site a look, a listen, and a little love: www.theplaceiknowbest.com – and read Greg’s story, below.

“Talented musician and loving father, Lawrence Bauer, penned the tune in 1986 for his two young sons, Greg and Jeff. It became a staple that was sung at the boys’ bedtime, around campfires, and during family gatherings. But, as time passed and the brothers got older, the song was slowly shuffled off into memory, and a single recording was tucked away into the family’s storage. Sadly, on October 31, 2007, Lawrence Bauer, who had struggled against mental illness for many years, lost the battle and took his own life.

Although things would never be the same for his sons, life went on. Nine years later, in 2016, Jeff became a father. An event that inspired Greg, also a talented musician, to dust off their father’s song and bring it new life. With a desire to ignite imaginations, bring hope, and provide awareness about mental health, Greg recorded his own version of “Lullaby.” On October 31, 2017 (the tenth anniversary of Lawrence’s passing) the song will be available to purchase on iTunes and Amazon. 100% of Net profits will be donated to: Brain & Behavior Research Foundation (BBRF) & National Alliance on Mental Illness (NAMI).” UNDER THE GARTER BRAND IDENTITY 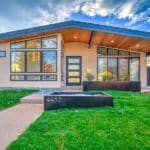 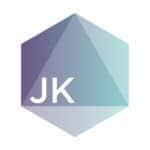